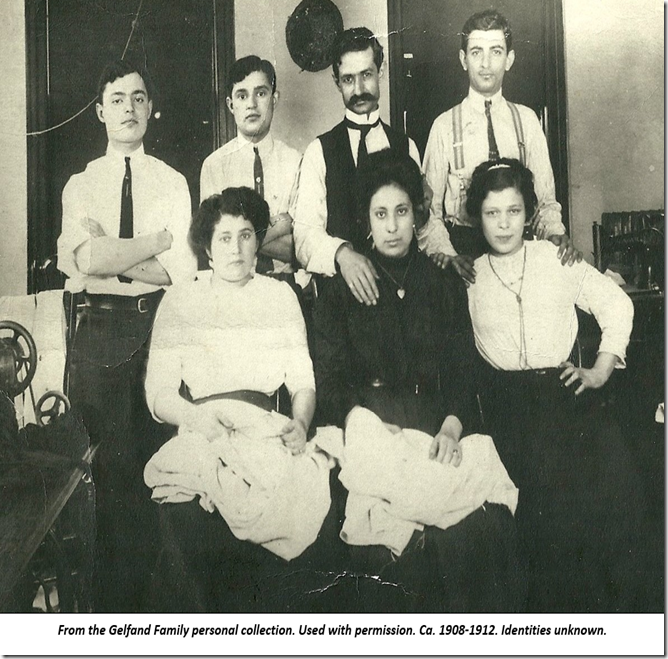 For me, my love affair (AKA sickness, obsession, addiction, compulsion, or whatever you wish to call it) with family history began with a picture. Isn’t this the case for many of us? In my case, this is the picture that did it for me.

During my childhood, 60 some years ago, my nuclear family was very close to the families of my cousins on my mother’s side. My father’s side? Not so much. There were my father’s parents, Harry and Lillie Zabitz, but I have virtually no memories of Harry, because he passed away just before my 4th birthday. And, there was the family of my father’s brother, the Zabitz family of Syosset, New York. Other than that, contact with other Zabitz families was pretty much limited to the very occasional Bar Mitzvah or wedding.

In 2015 however, I began to realize that my family was a lot larger than I thought. Through the magic of the Internet, specifically MyHeritage and Facebook, I started meeting up with the descendants of my grandfather Harry’s brothers and sisters, including those who grew up in Minsk, Belarus, formerly the Soviet Union and who did not immigrate to the United States until the early 1970's.

One of my newly-found cousins was Inna V., who is married to my second cousin’s son. Inna V. does a considerable amount of genealogy of her own and it wasn’t long until we were communicating (per Facebook) and sharing pictures on a regular basis. Eventually, we started a Facebook group for family members.

On day, on our Facebook page, Inna V. posted the picture that you see at the top of this post, with the message, “This picture was in Inna's (referring to Inna F., another family member) family for a very long time and, although, everyone knows this photo, nobody remembers who all these people are. I am posting it here just in case someone will recognize it. Thanks!”1

I can still recall the moment I saw this picture on my Facebook feed, because I felt as though I had seen a ghost. I immediately knew that the man standing at the far left was my grandfather, Harry Zabitz, who had died in 1956!

My grandfather passed his good looks down to my father, my uncle and my brother, as you can see the resemblance in this picture. 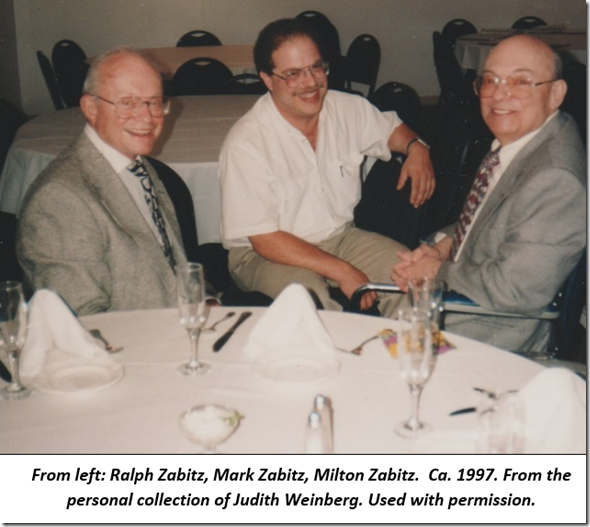 And to my nephew as well. 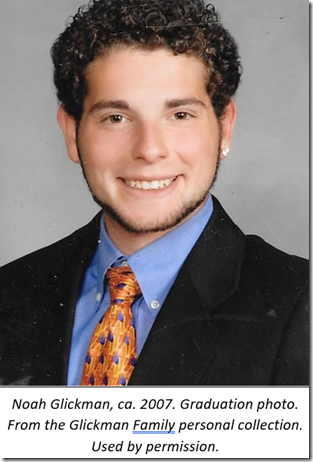 Thanks for reading! Comments, criticisms, or corrections of fact always welcome!!

Popular posts from this blog 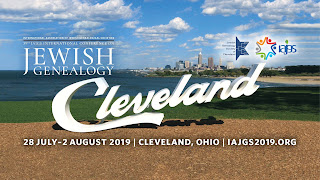 IAJGS 2019 Up to this point, I have had high aspirations of being a Jewish genealogist and blogger but very little to show in the way of accomplishments. But, this past week, while attending the International Association of Jewish Genealogical Societies annual conference, I was able to meet up with some notable Jewish genealogy bloggers, such as Emily Graber, Janice Sellers and Lara Diamond and they all assure me that this conference makes for a perfect opportunity to jump-start my blogging activity and contribute to Emily Garber’s (going) The Extra Yad IAJGS 2019 Blogger Compendium.     I am not going to try to summarize all the sessions I have attended, but I do want to outline those that have made an impact on me.   Let me start with conference activities that impact my efforts to blog. Not only did I attend the meet-up of Jewish Genealogy bloggers, but I attended Mary-Jane Roth’s presentation, My Family History Blog: A Multi-purpose Tool. Roth uses Blogger as
Read more

Barbara
I only recently became interested in family history. I invite you to follow along as I look into how my family came to be where it is today.